Shopping Cart
Your Cart is Empty
Quantity:
Subtotal
Taxes
Shipping
Total
There was an error with PayPalClick here to try again

Thank you for your business!You should be receiving an order confirmation from Paypal shortly.Exit Shopping Cart

February 5th around midnight, I took a look out the window and it had started to snow yet again. The thermometer was twisted so I couldn’t quite see the temperature. I open the door and step out onto the porch in my glittery slippers that I had gotten for Christmas (those of you who spend a lot of time with me know I wear slippers and a robe almost the entire day when I am in the house. I can be fully dressed but there is a robe and slippers…) I moved the thermometer and it read 24 F. Not bad considering January had so many days that were in the negatives. The lowest we got this year was -8 F. Bitterly cold. Horrid actually.

I had turned on the spotlights to see around so I stood still for a minute. It stretched into 3 or 4. Gorgeous. The snow was falling, things were glistening from the tiny crystals. What made me pause was the sounds. It was like a billion tiny little crystal chandeliers tinkling last night.

The snow the day before was heavy and silencing. There had been no real winds, just snow falling. It fell and actually muffled all the sounds around us.

This one was chiming. Tiny tinklings with each flake and it was rather pretty. I’ll let you know just how pretty this will be in the morning.

Well the radio alarm went off. We couldn’t see through the iced up screens and the newsman on the radio made it sound like the apocalypse was upon us. SNOW! SLEET! ICE! RAIN! FLOODING! Thousands without power! Towns ran out of salt!!!! Treacherous roads!!! STAY HOME! I was waiting to hear about locusts and frogs raining down from the skies.

We had 4 to 6 inches of snow in my area, maybe more, but the snow had changed to sleet, packing it down. In other areas, it was rain. The rain was flooding because the storm drains were packed with snow. The trees around here are icing up.

The coffee has been made. John and I worked out the plan for clearing. Timing with this one is important because the wet sleet was making a fabulous slush. Tonight it will freeze.

My biggest problem? There was a two foot drift on the patio porch. It was sleeting. Elvira doesn’t like to go out in the rain let alone sleet, and when I opened that door and she saw the drift, she simply sat down. Nope. Nah. I can hold this.

In the kitchen she started complaining and telling me what to do. She talks a lot for a dog. Rumbling and mouthing out complaints. I asked – do you want me to go get a shovel? Shovel wasn’t in her vocabulary and I could see in her eyes she was trying to decipher what shovel was…there was a fast decision that YEAH! I want you to get the shovel! It had to be better than the problem at hand!

So boots, coat, gloves and shovel, I went to attack that drift of heavy icy snow. She danced. She got out and did her morning business. Then danced some more as I shoveled. She knows a new word. SHOVEL. This is a picture of the drift... 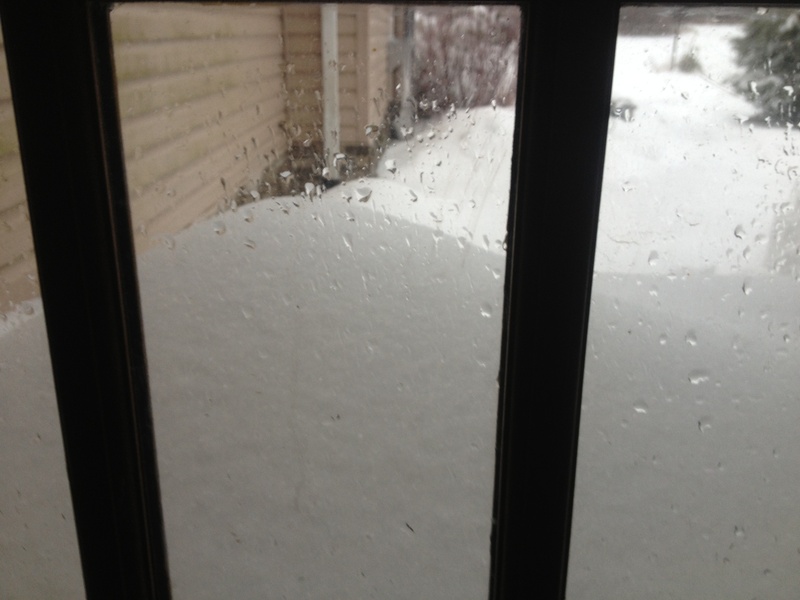 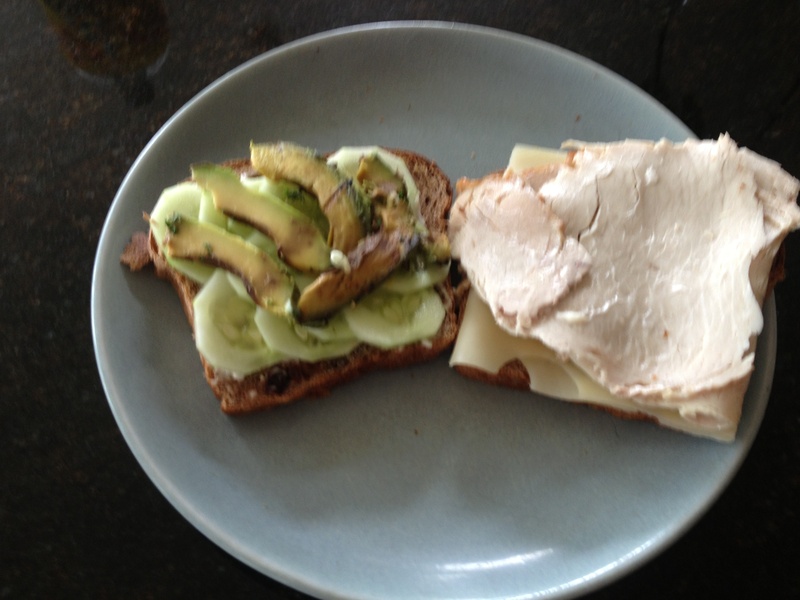 It’s Wednesday, almost 1 PM. Sometimes you have to force him to give up. This man I married isn’t one to give up easily. Since Monday morning, we have been trying to get a calf up and going. Daphne is our oldest and most experienced cow (9 years old)

Daphne is a 1600 pound Angus. She isn’t the sweetest cow either. Daphne isn’t generally mean, but she is not easy to handle. Her udder is huge and has been for a couple of weeks. It was big enough that she looked like a Holstein dairy cow, but she has always had a big udder.

The new heifer calf was slow when it was first born. It took most of the day before she finally stood up. She is a big heifer too. We got a bit concerned when we never saw her nurse with tail wagging. But, because she was a big girl we decided to give her a day to get her feet under her. Sometimes with a big calf, the hard labor tires out both mom and calf.

Yesterday, started with a heavy fog,and it was hard to seeout to the pastures. What we could see was that, Daphne was nearby her calf, all day. She really didn’t leave her far away. But we never saw her nurse. John went out a few times during the day and got her up and she would follow Daphne around a bit but we never saw her nurse. Just to make sure she was getting enough fluids, John gave her some molasses and water.

Today, at dawn in the fog, we decided it was time. We had to do something. The heifer claf was weak. John moved Daphne into the barn and closed the gate. For those of you out there, we are talking about beef cattle. They don’t like to be in a barn to calve. They prefer the pasture. If they come in to eat, they make the calf stays out in the field. The barn has too many hooves, and big animals in there and babies can get hurt. Daphne was not happy being inside with the baby outside.

We put the calf on a trailer and brought her in. Then, the next trick was to get Daphne in the head gate and lock her up. She was not happy. There is a chute that goes into the gate which locks around their head and neck and holds them tight. They can’t really back up, they can’t go forward. There are gates that hold them in like a narrow stall.

For the next 45 minutes we tried to get the calf to nurse. We got close a couple times. The poor thing is just so very tired and weak. Daphne though wouldn’t let her. She kicked furiously. This was dangerous and scary for all. The poor calf wanted nothing to do with that teat after being knocked down more than once.

Then, with that rear foot flailing John tried to tie her leg to a 6 x 6 post. It sort of held. Then we tried hand milking. This was also not going well. I tried to get a squirt or two just to check for mastitis but couldn’t. The rear leg was too dangerous and there was no way to get a bucket under there.

We gave up on the hand milking and got the new milking machine. The noise didn’t phase Daphne. Good. We tried about 15 times to get the inflations on her but she was having none of it. She got the leg up high enough and was standing on the rungs of the gates, using the post as leverage and was going to break the head gate.

John is far braver than I with those flying feet. Not stupid, but far braver. I finally got him to give up. There was no way using a gate, rope, or chain to hold her still. He had tried every different approach. She was not going to let the calf or us milk her out.

My claw milker was thrown through the air, and my precious new gadget now has a freshly cracked rubber grommet. I already called for a new piece. It seems to work fine but I am not going to try milking my sweet Maybelline with anything that isn’t perfect.

Daphne’s udder is huge and misshapen at this point. She won’t let us help her. Time to take a breath and reassess.She is out in the pasture without her calf. She wants to be near her but won’t feed her. This is awful for all involved. I don't think Daphne's udder is going to ever be okay again. Poor old girl. I feel bad for her, even if she tried to kill us a few dozen times today.

John isn’t giving up. The result of all these hours in a barn with an angry Angus who is obviously in distress is that John went out to get some colostum. Darn, I wish Maybelline had calved. Two weeks would have made such a huge difference.

Now to get the poor man to sit down and eat something. That is why there is a picture of a sandwich. Turkey, swiss, cucumbers and grilled avocado. I have to get him in to sir and relax. But he won't come in until he gets a half a bottle in that calf. He just won't.