This was a special calf, and John has been waiting for it, rather impatiently. Maybelline was due on the 20th of July. John started sleeping out in the barn on the 15th. He wasn’t really sleeping in the barn, but in the back of my Subaru, parked next to Maybelline’s paddock. The funny part is that John sleeps so soundly, that I went out about three or four times a night to check on the two of them.

Nightly vigils continued well past the due date. Maybelline was going to deliver late. We got to the 26th and called the vet for a farm visit, just to be safe. While he was here he also took care of the requirements for MoonPie and BobbieSox to the 4-H Fair.

Maybelline’s OB check was fine. She was doing well, the calf was moving around, but he had not moved into position for birth yet. He thought we had at least another day or two.

(this is the place where I get a bit graphic, but not horribly, with details) Wednesday morning rolled around and there was no sign that birth was imminent. I went into the busy afternoon I had planned when John came roaring into the house that Maybelline was passing the placenta. Not good. Nope. Not good. He had looked all over. There was no calf anywhere in the barn or paddock.

A calf when they are born, come out as if they are diving. The two front feet and the head with the body right side up, then the rest of the body. After that, the afterbirth or placenta is ejected. The key phrase is afterbirth. If the placenta passes first the calf will suffocate…this is bad. You have only a short window to get the calf out before he would die. John luckily saw the placenta.

I called the vet in a panic, shoving the panicking John back out the door. The receptionist said she would have him call me back in a minute. I did a fast clean up, put on my boots, and by then, the phone rang. It was Dr. Bruce Frey, one of the best vets around. He loves his job. He said he would be right over – it takes about 20 minutes driving time, so I expected him in less than 30 minutes. We didn’t have 30 minutes…

I headed out to the barn. I could see my neighbor, Rich, from across the street trying to talk to John, to see if he needed help. As I rounded the corner, I saw Maybelline laying down (not good) and a black calf laying there, and HE MOVED. Yay!

Apparently, when John got back to Maybelline, he saw a foot, then reached into her vagina, and grabbed both feet and pulled. My neighbor was offering to help pull when I saw him. Thank goodness the calf wasn’t breach. It was in the right position. Even still, reaching in and grabbing slippery legs and pulling is really hard. It takes a lot of strength. John becomes superman in situations like this. He wasn’t going to let this one go. It had to come out fast. John got him out in the time it took me to walk from the house to the barnyard. It was really fast. He was alive.

But Maybelline was down. In shock, glazed eyes, and completely out of it with her legs stretched out to one side. We had to get her up. John, Rich and I started trying to wake her up, snap her out of it, roll and pull her up. She wasn’t budging. Her eyes were glazed over and she wasn’t responding. I started to get panicky now. She is MY cow, my girl, my friend.

We were also trying to reposition the newborn, clean him up a bit, and get him out of the way so we could roll Maybelline up. About 15 minutes went by with us trying to make her move. Then it happened. The calf made a noise. Just a little one. Just a little cry.

Maybelline’s head whipped around, she saw him and poof! She was up. She had a baby to take care of. The shocky look was still there, but she was coming around.

This is when the vet arrived. He grinned. Nothing better than arriving to a bad situation that had suddenly turned around. He had expected a dead calf.

He walked into the paddock, and Maybelline huffed. She hates when he visits. He always does uncomfortable things to her. The vet picked up the calf and into the barn everyone went.

We decided to give her a calcium boost, and he did an internal exam, to make sure everything in there was right. The calf was getting his legs under him, and he is a big guy, about 80 pounds at birth.

We are babying Maybelline a bit, she is off her feed a bit, and we need to keep a close eye on her. The calf, is doing great. He likes to eat. The bull calf though isn’t a Jersey. He isn’t actually Maybelline’s calf either. He is the result of an embryo implant.

John has been wanting to upgrade the quality of our beef, and decided the best way to improve on our Angus and SImmenthals is by bringing in some Wagyu genetics. This is the breed of cattle from Japan, used for the legendary Kobe beef. The plan is to cross them with our already wonderful livestock and create Wangus, a prime beef crossbreed. We also want to establish a few 100% Wagyu head here.

The cattle themselves are very expensive. The 4 month old bull calf we bought last summer cost 5 times as much as an Angus. So we came up with an alternative. Raise our own.

How do you do this when you have no breeding stock? This is where Maybelline comes in. She is perfect as a surrogate mom. Instead of breeding her for more Jerseys (which we don’t need because one family cow is more than enough milk) she can carry a 100% embryo. Just pop a fertilized embryo in there and voila! A Wagyu. We had hoped for a heifer, but another bull is a good start. His name is Jeneratamoto San. 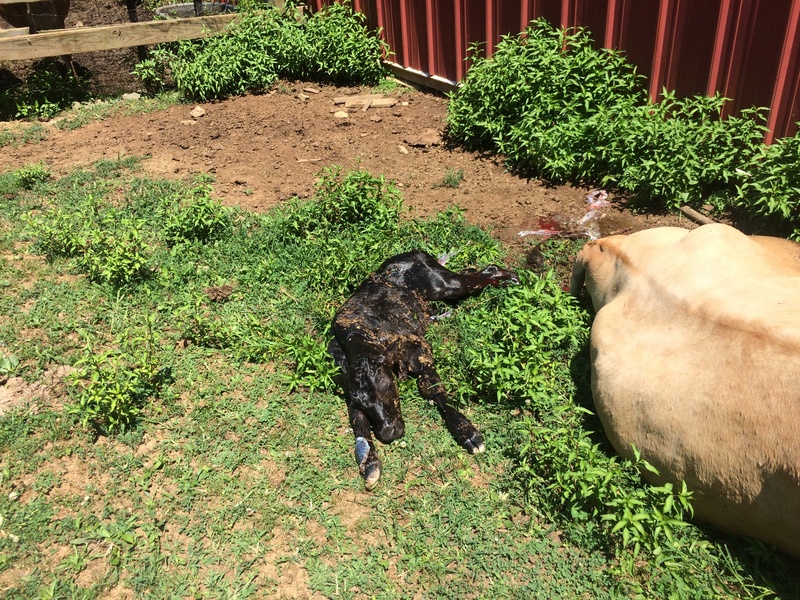 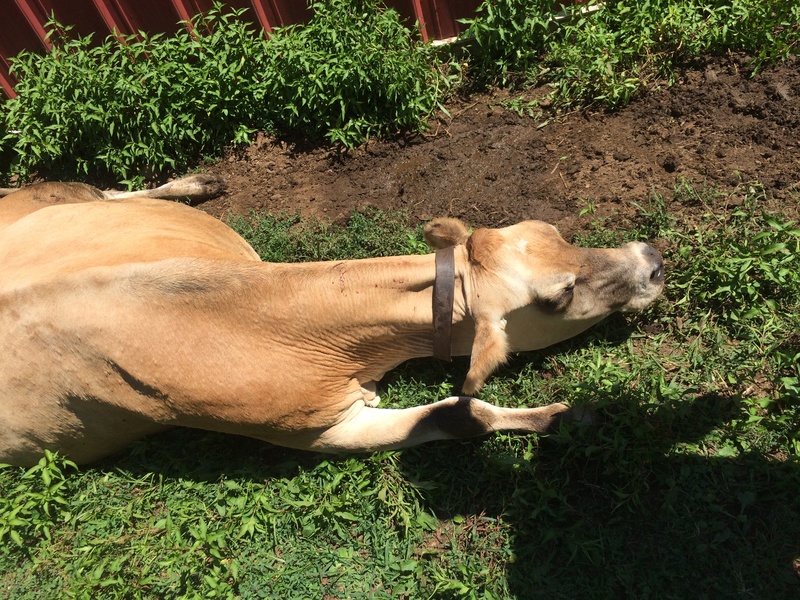 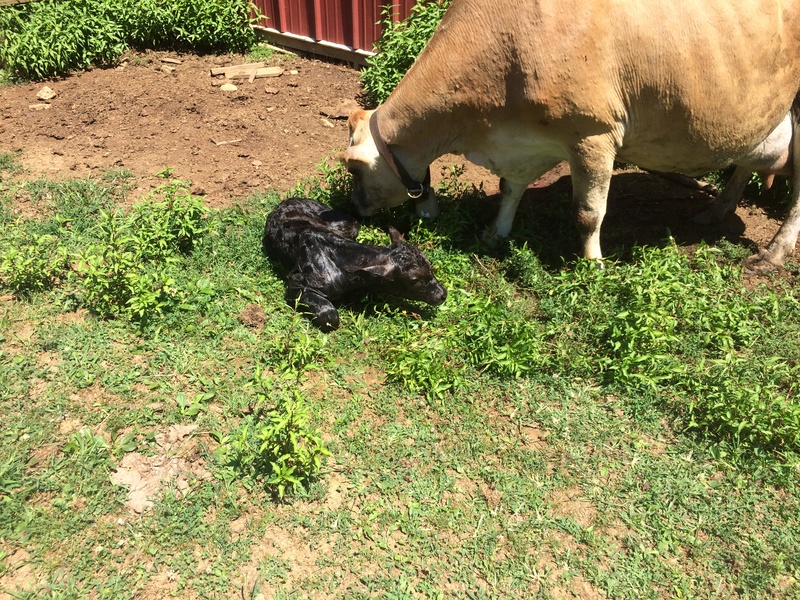